Wheat originated in Southwest Asia in the area known as the Fertile crescent. The genetic relationships between einkorn and emmer indicate that the most likely site of domestication is near Diyarbakir in Turkey. These wild wheats were domesticated as part of the origins of agriculture in the Fertile Crescent. Cultivation and repeated harvesting and sowing of the grains of wild grasses led to the domestication of wheat through selection of mutant forms with tough ears which remained intact during harvesting, larger grains, and a tendency for the spikelets to stay on the stalk until harvested. Because of the loss of seed dispersal mechanisms, domesticated wheats have limited capacity to propagate in the wild.

Yields of wheat continued to increase, as new land came under cultivation and with improved agricultural husbandry involving the use of fertilizers, threshing machines and reaping machines, tractor-drawn cultivators and planters, and better varieties. With population growth rates falling in the more technologically advanced countries, while yields continue to rise, the area devoted to wheat may now begin to decline for the first time in modern human history. But now in 2007 wheat stocks have reached their lowest since 1981, and 2006 was the first year in which the world consumed more wheat than the world produced - a gap that is continuously widening as the requirement for wheat increases beyond production. 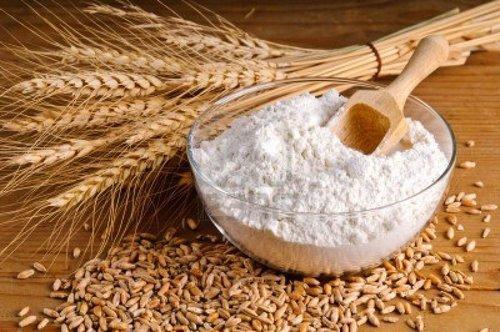